Check out our young chefs at Care-a-lot Farmington / Canandaigua!  The school age children tried their hands at pizza making! The children did it all, except for the actual oven baking that was supervised by their teachers..  The children had a blast and were exposed to many important learning opportunities through this cooking lesson.

They used their math and science skills as they measured out ingredients and discussed the scientific processes that took place in the oven.  They also discussed the various ingredients and the associated nutritional benefits of these and other foods.  Part of the discussion was which foods you can eat anytime and which ones are “sometimes foods.”

Cooking provides an excellent opportunity to involve children in tasting and eating foods that they may otherwise not.  Children are much more likely to try things that they had a hand in making themselves.  It boosts their self-esteem to learn such practical skills, and what could be more rewarding than pizza after all their efforts?!

Cooking is a life skill.  As children grow toward adulthood, the job of feeding themselves becomes their own.  By starting to cook early, it not only boosts their self esteem, but also makes the transition to adulthood more comfortable. 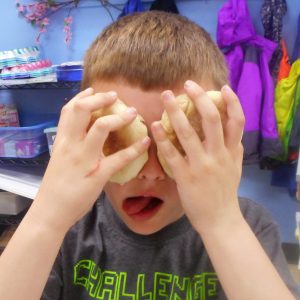 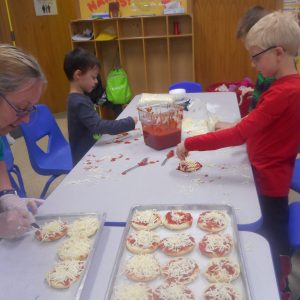 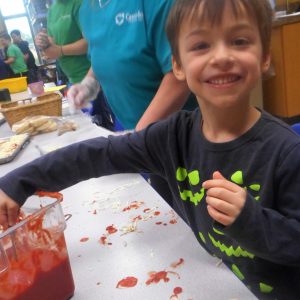